Interview with a Speaker – Leila Singh

❤ Where Would Romeo Have Been Without Public Speaking Skills?14 February 2020Next 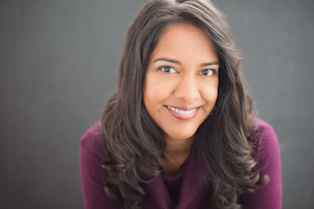 In December 2019, I organised the TEDxAinleyTopWomen event in Huddersfield.  The day was a huge success and 19 amazing speakers gave their first-ever TEDx talk.  The audience were wowed, the speakers were phenomenal, and the organiser went home exhausted but very happy.

So, who were they – the intrepid bunch of speakers?  And why did they put themselves through the process?  I interviewed all of them, to give you a behind the scenes look at the whole process.  Perhaps you might want to get involved in a TEDx in the future. These interviews will shed light on what it takes, why you might want to do it, and who you need to be, to be a TEDx speaker.

This week I spoke to Leila Singh, Personal Brand Consultant, Leadership and Business Coach. If you prefer – you can watch the video or read the blog below.

“Leila, why did you want to do a TEDx talk and was there anything that might have stopped you applying?”

I had always wanted to do a TEDx talk and am passionate about women being more visible in their business. This stemmed back from my personal experiences of being invisible in my early career

The only thing that might have stopped me was my own procrastination. I was clearly avoiding something (fear of being visible ironically).

“What was the title of your talk and why is that subject important to you?  Why was it something you wanted to share?”

My talk was ‘Are You Just Another Number In Your Organisation – Invisible to Visible – Why hard Work is Never Enough’   This is a subject very close to my heart and not just because I experienced this feeling.     You’ll have to watch the talk if you want to know more!!  But suffice it to say – there is a big problem with women not progressing as they should in business.

“What happened when you submitted your video for approval?”

Well, it nearly never got there. And I was nervous about getting the feedback. However, the biggest plus point of submitting the video was that I was going to be coached by you, Cheryl. Whatever the end result, that was worth it.

“How did you feel on the run-up to the event and on the day itself?”

I felt under-prepared despite a lot of corporate speaking that I do.

The previous few weeks had been so busy, and I felt I hadn’t put enough time into it. I realise now that came from a need to be perfect. Which is unrealistic.

As soon as I went on stage the nerves went, but it felt like an out of body experience – though I did notice people nodding and so I felt that the message was resonating.

I cried when I came off stage. I don’t know why – probably relief! And I was uncertain about how it had really gone – I wanted to watch the video back to make a judgment about that. Of course, I wasn’t able to do that until after it had been approved by TED. Once it was live on the site, I waited till I was in bed later that day when I watched it back.

And – to my relief – it was OK – better than I remembered.

“What has been the effect of your TEDx experience?”

I think the pride and sense of achievement for doing it when I was so close to pulling out. And the ability to share that message has prompted a lot of responses from people who enjoyed it and resonated with it.

Also without a doubt it helps with credibility – this is a subject I teach and coach, so the fact I have done a TEDx about this gives me authority in the subject area. And it’s such an important message and has helped other people have the confidence to go and deal with their issues.

Finally, I would say to anyone – whether you are a speaker or not – if you get the chance to do a TED talk – grab it with both hands. Thanks so much Cheryl for the opportunity.